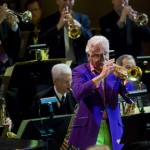 https://soundcloud.com/joe-hehir/lights
Posted by Joe Hehir at 09:48